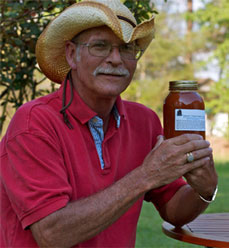 During his interview, Keith shared with me his rebellious nature, and explained how it sometimes got him into trouble, and other times helped him to build a career. He stated, “Growing up I was often rebellious in the clothes I wore, the friends I chose and most certainly in my inner way of thinking. I have never thought like most people I’ve known nor have I ever been a conformer just for the sake of having friends. If and when I did things of a rebellious nature it was because I wanted to and yes there were a lot of things I wanted and did not always but most often in a quiet manner. I do the same today. I will or will not do something simply because “this is the way it’s done”. However, when I get that gut feeling I’m all out there! There are those times when one has to fully energize and go for the gusto!” Isn’t this the spark that ignites a passion in all renegade entrepreneurs?

Keith moved to Georgia in 1987, after being medically retired from the United States Air Force at the age of 27. He had served for 10 ½ years, during which he received many awards, recommendations, and letters of appreciation. Although his illness stopped him from being able to further serve his country, Keith still had a family – a wife and two small boys – to support. He started training with his father in a house painting business…but Keith’s rebellious nature and entrepreneurial spirit wanted more..he wanted his own business.

Keith explains, “I wanted to make decisions, mistakes, set my own hours, talk to customers, make friends along the way and make a difference with each job I did. I succeeded! I didn’t get rich but I made ends meet and then some. In all honesty, I never believed I was the best at what I did. I was only as good as the last customers comment to my next potential customer whether it be a friend, relative, business associate or someone standing in line at a grocery check-out. When so many customers were saying, ‘Keith Brinson is my painter,’ and my name was preceded by my reputation, it was because of the care and concern I gave to each potential customer. It was the time I took sitting at a kitchen table going over in detail any questions or concerns. It was the genuineness of my wanting to go above and beyond and achieving that want over and over and over again and in turn making too many life long friends to even begin mentioning here.”

Keith carried those entrepreneurial traits of serving the public with integrity when he started his present business venture, “Teapotter’s Entrepreneurial Extensions and Helping the Homeless and Needy Teapotter Websites. The company motto is “Great Tastes for Helping Others”. He actually started this expansion of himself when he opened the “Teapotter’s Cafe.” He had a dream that all types of artists would have a place to mingle and exchange ideas over a meal, and so he created that place. Local artists’ painting were hung in the cafe, and amateur writing contests were held for local artists. On Veteran’s Day and Memorial Day, Keith gave back to his fellow veterans by giving them free meals.

Teapotter’s Cafe was unfortunately hit hard when the economy began to crash under the current presidential administration, and the doors were closed on Christmas Eve, 2009. But the Teapotter did not quit. The main course of his restaurant was the delicious smoked meats which he cooked on site, and covered in his secret, “Teapotter’s Toppin’ Sauce,” a sauce which won blue ribbons for both it’s “Twangy Original” and “Honey On” flavor. He continues to sell those sauces, and paint houses on his own. For every jar of sauce he sells, Keith donates part of the proceeds to help take care of those who are less fortunate, especially homeless and veterans. Keith is truly loving the entrepreneurial life, and plans to continue on, helping others and working for himself.

When asked if he ever has doubts about his choices, Keith shares, “I wouldn’t trade my entrepreneurship for a regular job for anything! I love the challenges, the excitement. When things turn sour at times there is always the next step, even if it’s a side step! I love being involved and making things happen. It’s the many small happenings that give the most pleasure. Above it all, it is the wonder of it all! With each tiny step forward and backward there is heart-felt emotions acted upon to achieve what is inside.”

I asked Keith what he thought about the recent statement from President Obama, “If you’ve got a business — you didn’t build that.” His answer was a simple one, and yet shares his feelings perfectly, “I believe it is not, nor has it been, nor should be the government that has sustained the force which makes America the greatest nation on earth. It is the blood, sweat and most often years of tears and trials of people working toward their successful fruition of long held individual dreams that has kept and will keep America running!”

And where did that nickname come from? Another of Brinson’s passions is writing. As he explains it, “I get asked that a lot from those who don’t know me or the name. Just like the gift of writing was given to me; just like the sauce recipe ingredients given to me, so was the name, “Teapotter”. It comes from my love of iced tea and “potter” comes from my molding thoughts and feelings into words just as a clay potter molds the earth into objects.”