You Can, If You Think You Can 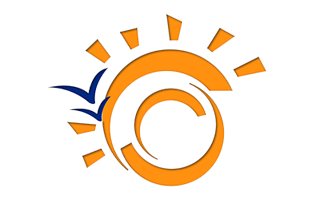 There couldn’t be a more appropriate title for this story than these words spoken by George Reeves, the man who played ‘Superman’. When I first set about writing this, I came across countless success stories, inspirational quotes and all sorts of concepts which ended up creating business empires and serving the local and then international communities. We can never thank enough these brilliant minds that have helped serve people through their tireless efforts.

It may sound clichéd, but after browsing for a long time, one story finally did caught my eye which I felt just had to be narrated with audience at large. So, without further ado, I am going to do just that for you and let you be the judge!

Max Burt – The Man who literally chose not to put the ‘DIS’, in his ability.

For Max, things were going great until that day in November, 1999. He had recently resigned from his job in an Advertising agency to follow his dream of setting up a new business and was also ready to move into a new home with his wife. On his way home after clearing the desk in his old office, he got into a collision with a fire truck that was on its way answering an emergency call.

Having sustained life threatening injuries to the rest of his body and head that left him unable to talk, walk and maintain balance like before, Max stayed in a hospital for 10 months. He came home, left-side paralyzed, speech affected and a permanent new companion; his wheelchair. This meant that he had to constantly be taken care of, round the clock.

Being unable to function like he used to, Max discovered the darker side of life and got to know first-hand the challenges that physically impaired individuals have to face daily in their lives. He refused to let his condition break his spirit and set about to put his life back together.

Losing his ability to function independently did nothing to deter his ambitions and Max vowed to set his life back on the track and resume the dream that he had been chasing but this time with a new meaning to it. After ten years of his accident, he moved to Australia and started running two charities through which he constantly strives to make life easier for people with physical disabilities.

He does not let his physical limitation affect his mental capabilities and uses his brilliant mind to come up with amazing ideas to raise awareness and resources for people who are facing a similar situation. He wants to create a world, and in many ways has succeeded, where people with disabilities are enabled to contribute to the betterment of the society.

He is part of many charities through which he raises awareness and money for people that are less privileged. One such effort was the ‘Everything is Possible in Life Cycle’ which was a 730 mile long awareness campaign that he accomplished in 2009 riding a recumbent trike and repeated it in 2010. He also has consultancy operations going where his advises companies on realistic ideas that they can adapt to improve life for the disabled community.

All of his achievements do not mean the journey has been easy for Max. He had to fight his physical limitation as well as struggle with his own self and use every ounce of his will power. His entire struggle and the ultimate success have made him more realistic about the challenges that society faces, especially the disabled people.

What is most inspiring about this story?

I can actually hear your answers in my head saying, ’Duh! The whole story is!’ Yes, I agree that it is. Max Burt achieved what most people would have considered to be impossible after his injuries. What I feel to be the best part is how he turned this adverse situation into his favor and came out to be as a better, stronger person who not only benefited himself but thought and made efforts towards betterment of society at large.

This is something that every person can relate with, disabled or not. There do arrive situations in life where giving up is an easier option, but working through them and then turning them into your own strength is something that not everyone can achieve. What can be learnt from his story is not just to achieve success, but to keep striving for more and be unselfish in your goals.