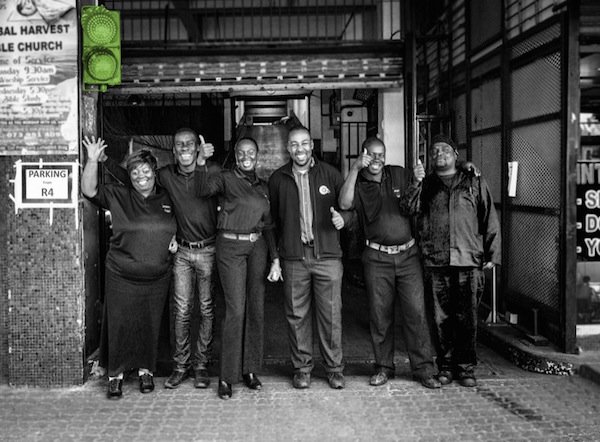 “How much I missed, simply because I was afraid of missing it.”
– Brida, Paulo Coelho

There is no fixed way to measure success. It varies according to one’s ambitions, and for those who aim higher, it becomes infinite. There is just one limiting factor though, and that is how strongly you believe in yourself to achieve that which defines success for you. I call it a limiting factor because it is actually the confidence that you hold within your abilities that makes you take decisions and determines your footing.

For achieving success, it is crucial that you overcome the fear of failure. Great men and women in history as well as the present took their fear as a stepping stone to their accomplishments. Good things in life don’t come easily; if you lack the courage to take a bold stance, you are unlikely to discover what you’re truly capable of.

We are so much in awe of the success stories around us that more than often, we forget about the hard-work that was actually behind those achievements. I can give you numerous examples of businessmen, Hollywood stars, sports personalities, and people from all walks of life who reached the top position after facing rejections. What’s common in all of these stories is that none of them chose to give up. If you let your fears and doubts guide your choices, you are most likely to make the bad ones.

Simon Yiga, the Spirited Entrepreneur Who Turned His Dreams Into Reality

There are many people who dare to dream yet few have the spirit and courage to realize them. This is one such story of a person who gave up on his prosperous career and ended up creating an even better one but this time, he was the boss.

Simon Yiga was enjoying a successful career working in the IT and business consultancy department in a company. Things were going great for him. Gideon Mulovhedzi on the other hand, was a security guard in a building who was full of ideas about business and possible opportunities. It was while Simon was renting a flat that the two met. They both shared the same spirit and Gideon’s enthusiasm led Simon to invest in one of his ideas that made them become business partners.

The rapidly developing city of Johannesburg has an ever increasing number of motor vehicles. The city lacked in the number of parking spaces available for these vehicles especially in the Central Business District. That either had no parking spaces or the ones that were there had insufficient facilities for people to actually leave their vehicles in them safely. The opportunity was a wonderful one for someone with a business instinct, and thus, in 2010, Afropark was launched.

The company provides parking management within the city which has made up for the lack of safety and convenience along with affordability. Afropark rents and manages the parking spaces in the CBD. They have a professional and friendly staff that manages the parking 24/7 with CCTV camera equipment. Afropark offers and manages parking bays that can be rented on monthly, daily or an hourly basis.

His passion and determination to achieve his dreams did not make him oblivious to his duties towards the community. Most of the personnel at Afropark are previously unemployed people from the inner city. The company provides them with a career development plan so that they can easily keep track of their progress. The equipment that they use is also primarily local which further goes on to show their commitment to change and progress.

At present, Afropark has partnered with Edge Growth’s fund solution Edge Action for small and medium corporate. The company as a result ended up adding a third parkade and brought in more equipment to optimize the services. The future looks very promising for their venture and Simon has great plans to expand on the project and create more jobs.

Simon Yiga is a determined and passionate entrepreneur with a strong vision. The reason he achieved this success is because he chose to go ahead with the quest of making his vision turn into a reality. He not only thinks of business opportunities but of the community at large and that is what sets him apart.

Giving up on a prosperous career and following your ambition takes a lot of courage which he had and proved with his actions. When Edge Growth intervened, Afropark was functioning at a loss. Even that did nothing to break Simon’s resolve and he worked his way through the hard times employing his full potential.

His journey leaves a strong message to all the people out there who are limited by self-doubt to follow their dreams. As Stephen Richards very aptly says,

“To dream by night is to escape your life. To dream by day is to make it happen.”